LITERATURE HAS A WIDE VARIETY OF FACES, VOICES AND INTERESTS

We'd like to introduce some of our favorite writers. Learn a little of their stories and how they have followed through on their passion and become published authors. With a great variety of interests, stories to tell and inspiring manuscripts, the only two things they have in common are that they heard the voice of "the muse" compelling them to write, and that they allowed Empower Publishing help them publish.  Here are authors with the last names beginning M-Z. 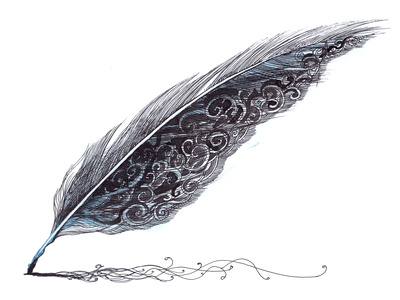 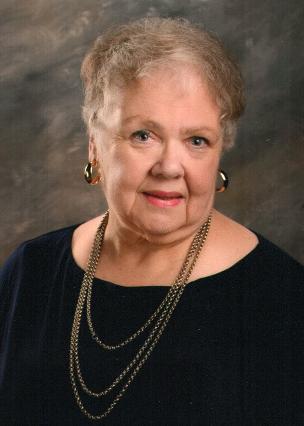 long before she came to Empower Publishing, Jan McCanless was a well-known author, highly-regarded fiction author. Just the catalog of her publications and awards would fill a good-sized volume by themselves. In addition to her Beryl’s Cove Mystery Series and numerous other books she is a freelance columnist for the Salisbury North Carolina Post, a regular contributor to Senior Savvy, The Saturday Evening Post; Sophie Woman's Magazine, and a multitude of other periodicals. Her next book in the Beryl's Cove will be out early in 2016. 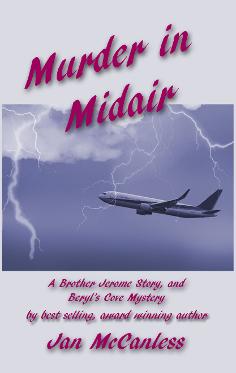 That delightful bunch from Beryl’s Cover, NC, is back. This time Suzanne’s college reunion is coming up, and it promises to be exciting. All the grads will be taking a train excursion from the coast all the way through the Midwest to Chicago. Instead of the sightseeing and revelry they planned, however, the alumni are confronted with murder most foul. Amateur sleuth Steve Thomas, ably assisted by his gorgeous wife, realize they must solve this case and clear up the mystery, as multiple passengers go missing and the train inexplicably slows to a crawl. 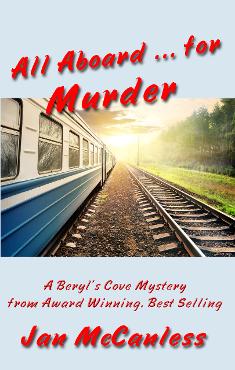 Who Killed the Weatherman?

The wonderful, quirky citizens of Beryl's Cove, NC are at it again. Amateur sleuths Steve and Suzanne Thomas find themselves assisting local police chief, Nathan Sowinski with an automobile accident that turns out to be murder. His car careens out of control right in downtown Beryl's Cove,  and our beach bunch sets out to solve the crime.  Their paths soon cross with drug runners, a smarmy lifeguard and an unsympathetic TV station executive. Meanwhile, the residents of the Cove carry on in the midst of personal crises, not the least of which is Steve's broken leg. One of the more stable Cove marriages appears headed for the rocks, and police chief Sowinski gets news that really rocks his world, turning it upside down.  Suddenly, the moon is full, and nothing or nobody is acting quite right. 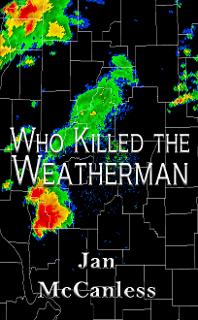 Take an exciting plane trip to England, outstanding characters, and turbulence at 35,000 feet and you have the ideal setting for another outstanding mystery in author Jan McCanless’ mystery series set in Beryl’s Cove, NC. Murder in Midair, follows our lead characters as they solve the murder of an Egyptian national, aboard the flight to Europe, that finds the Thomas’ couple, plus their friend Brother Jerome from the Monastery of the Blue Ridge in North Carolina. With only 6 hours of flight time left. Our principals are scrambling to find the killer among the passengers on a British airliner; with so many to choose from, it becomes imperative that Steve and Brother Jerome work quickly. Once home from England - Brother Jerome’s life is in turmoil. 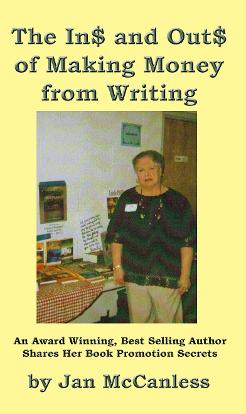 The Ins and Outs of Making Money from Writing

“Promote yourself. If you can’t believe in your writing, how can you possibly expect anyone else to believe in it? Think about this, if you’ve gotten so far as to get something published, then, there must be something redemptive about your writing. Shore up your self-confidence, and go forth and promote!" Thus writes bestselling author Jan McCanless to encourage other writers not just to express themselves, but to sell the books they’ve worked so hard to create.

Life is a feast, meant to be shared with those we love most. Welcome to the wonderful table of Mrs. Frances Krites Murphy, Enjoy this marvelous book of recipes and photographs and experience the joy, hospitality and flavors of a lifetime! 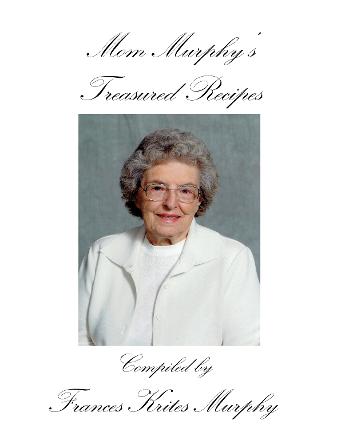 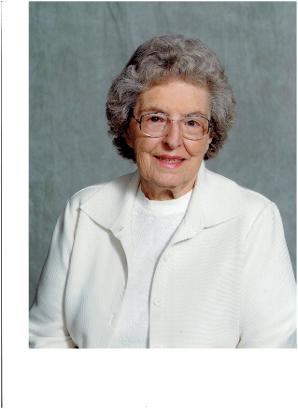 Frances Krites Murphy was born May 12, 1924 in Winston-Salem, NC, the youngest daughter of Noah and Bertha Black Krites. After attending the local schools, she graduated from Salem College and then spent 37 years teaching in the Winston-Salem/Forsyth County Schools. In 1944 she married Walter “Murph” Murphy. Together they raised their three sons: Baron, Brice and Brent. Laer they welcomed ino the family daughters-in-law, grandchildren and great-grandchildren. Murph died of a heart attack in 2012, after nearly 69 years of marriage.
The Murphy home was always welcoming to familyand friends and a good home-cooked meal to share with them was a treasured event.

The late Gregg E. Powell received his education at Northwestern University. He traveled the world as COO of an international manufacturing firm. While away, he would spend hours thinking of stories to share with his children upon his return. Prior to his death in March, 2017 he resided in Door County, Wisconsin with his beloved wife of fifty-three years. It was among his last requests that his cherished children's books would continue to remain in print. 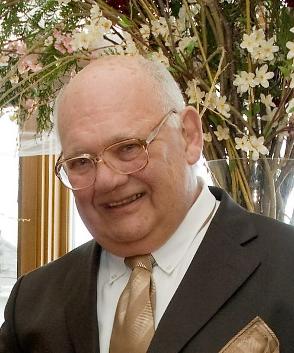 Tommy gets lost, and ends up by the cave of a
Dragon! Much to his surprise, this dragon does
not eat people, but broccoli, brussel sprouts and
peanut butter! But the Dragon has a problem.
He needs Tommy’s help! The Sneezy Dragon 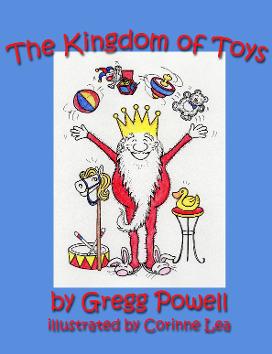 Over the mountains, in a land far away, lived a very nice old king in his very nice kingdom. Everyone was so happy. They always had big smiles on their faces. What made everyone so happy? Toys! They were everywhere. The King loved to play with toys. 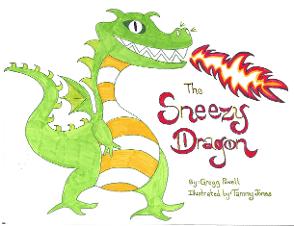 Theodore is a colorblind young bunny who has just been told he will have to wear multi-colored stained glass, “windmill spectacles.” The Adventures of Harry “Hare”rendous – The Color of Love is the first in a series of children’s stories about a grandfather rabbit providing loving guidance on how to overcome handicaps and fears. Harry is a family orientated, loving, warrior of the woods with life experiences he is fond of sharing with his grand-bunnies. Often Harry is the “bunny-sitter” caring for his young clan. This creates the atmosphere for tale-telling of his numerous adventures full of life’s lessons. His mesmerizing stories both entertain and teach adolescents how to cope with life’s unexpected challenges. Welcome to the world of Harry “Hare”rendous! 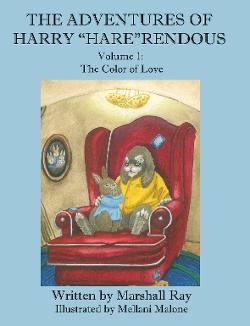 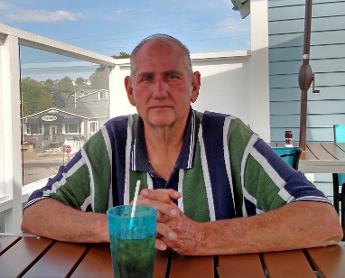 Marshall Ray is the grandfather of many who loves to tell tales and enable life experiences to help shape learning minds and build strong individuals. Now focusing on his third career, Marshall Ray likes to share stories with a fun focus. A word-weaver from Texas he has had adventures around the world and now enjoys a home in Door County Wisconsin. 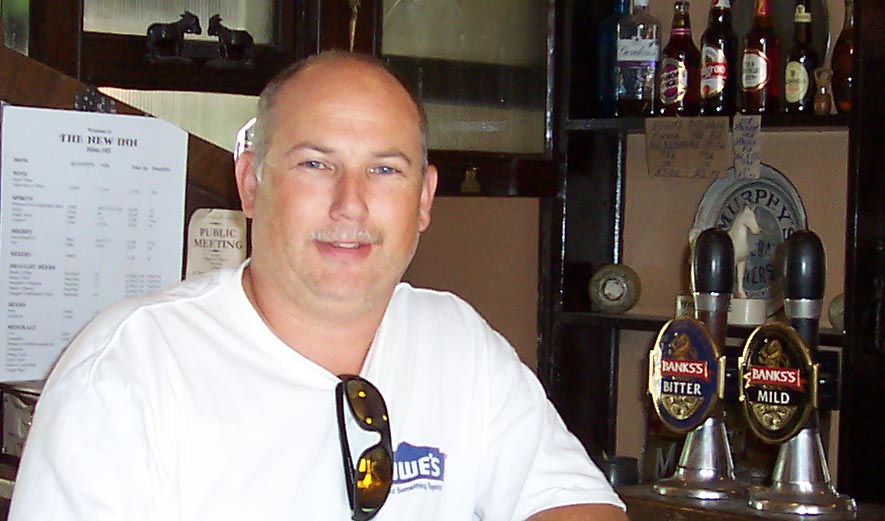 Mike Schillinger was raised in England and migrating to the US in the early 90’s, he found both the weather and economic climate to his liking. He lives now in The South with his wife, sons and two dogs, who are his constant companions. The original ideas for this book arrived in an unusual way. Whilst cleaning the driveway of his home, a white SUV pulled up and an older gentleman handed him a white computer paper box with the words, “Here see what you can do with this, but be careful it doesn’t bite you.” The man then drove off and has not been seen or heard from again. Being the cautious type he opened the box with a large cane pole at arm’s length, thinking it may be something dangerous. It was the facts, dates names and experiences that enabled this story to be told.

John Conrad is not your normal soldier. In fact there is little about John that could be considered normal. His tendency for anti-socialism combined with his out of the box ability for problem solving, make him the perfect candidate for fixing the problems that the US government causes in its foreign affairs. John’s unique ability to influence people’s minds without trying presents him with equally unique problems. And the more people he upsets, the more his reputation worsens. All John really wants to do is to lead a normal life and do normal things like normal people. But there always seems to be the one smart Alec who has to upset his brain and make things uncomfortable. For both men and women alike he’s the most dangerous man they’ll ever meet. But for completely different reasons. 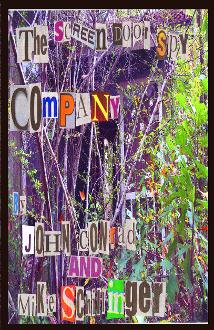 I hope to give you many glimpses of distant lightning from Lucasville; lightning that reveals lives lived. In sharing my little prose-poems, I hope that the reader will begin to see a mosaic of life in the village of old Lucasville while filling in that mosaic with your own memories and recollections. The first poem that I share is one that talks of the 1860’s and the Civil War, while my poetry tells of life in the last half of the twentieth century and on into the twenty-first.
I would like to say a word about my poetry. I’m not even sure it is poetry. I think some of my “poems” can be called prose poems, but some may be distilled descriptions or little stories written in poetic form. Whatever they are, they are the way I deal with subjects that are important to me. I offer them to you and hope you find value in them. 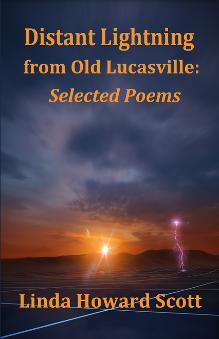 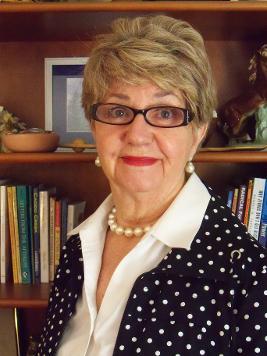 North Carolina author Linda Howard Scott, after a life-long love of writing and poetry, has at long last made the commitment of sharing her verse--and therefore her Lucasville roots, friendships, kinships, upbringing and joyful life--with us in this, her first volume of poetry. 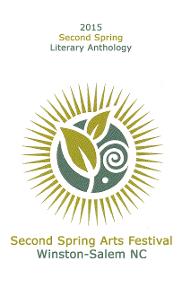 The Second Spring Arts Festival of Winston-Salem, North Carolina, in 2015 gave an open call to all authors sixty and older for poetry, stories, recollections and essays. The literary pieces were collected into an anthology and published. The particular theme of the anthology for 2015 was "Veterans and Their Impact on Our Lives." Of the 26 entries selected for the anthology, more than 20 centered on military experiences of the experiences of the family members of servicemen and women.

The theme of the 2014 anthology was: "what have I learned and gained from growing older that otherwise I would not have known." From across the Northwestern Piedmont of North Carolina, the Second Spring Arts Festival has assembled twenty-nine poems, essays and stories, all answering the question: what does one gain from growing older. Sharing their wisdom and their passion, their experiences and their hopes, these outstanding authors demonstrate clearly that creativity and literary ability increase along with the span of one’s life.

The third annual collection of poetry, essays and short fiction submitted by senior writers from the Piedmont of northwestern North Carolina. This year's theme is "the power of story." 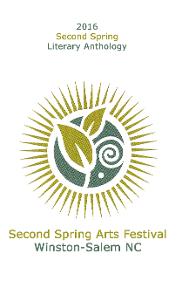 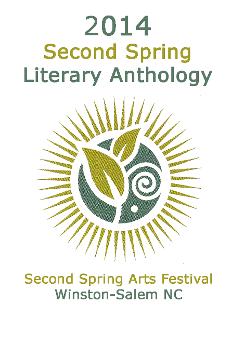 Purchase This Book
Back to Top